We have the pleasure of announcing that the French National Research Agency (ANR) supports the launch of the TESMARAC virtuel joint research laboratory (LabCom) between Subatech, a laboratory under the auspices of the CNRS national research center, the University of Nantes and IMT Atlantique, and Triskem International.

Nuclear safety authorities, key players of the different nuclear domains (nuclear medicine, environment, electro-nuclear cycle and associated industrial processes) as well as those in the management of Technologically Enhanced Naturally Occurring Radioactive Materials (TE-NORM) have expressed high interest in the use of specific resins allowing the identification and quantification of radioisotopes from various matrices for waste management, risk reduction and the valorization of materials of economic interest (rare earth element, critical metals).

Innovation will be assured thanks to the combined knowledge and know-how of Subatech, the project leader with large expertise in radiochemistry and nuclear metrology and of TRISKEM INTERNATIONAL, specialists in highly selective resin development and production.

The innovative approach will be reenforced by a partnership with the ModES (Modeling and Spectroscopy) team belonging to the CEISAM (Chemistry and Interdisciplinarity, Synthesis, Analysis and Modeling) research laboratory at the University of Nantes, which has developed new in-silico approaches with molecular modeling tools. 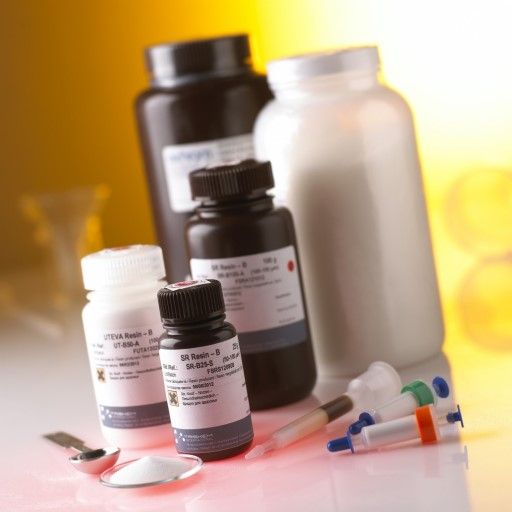 The LabCom will focus essentially on:

The project TESMARAC enables the research organisms to use their cutting-edge knowledge to solve major societal issues and to leverage their expertise in industrial innovation projects, while pursuing their theoretical research interests. It will also allow TRISKEM INTERNATIONAL to generate synergies and innovation by combining its applied research with more “bottom up” molecular recognition approaches.

The development and sales of new products and processes will have a direct impact on the growth of the business and the sustainability of the joint laboratory.

“We are delighted with the launch of the joint TESMARAC laboratory. We have been partners with Subatech for some time and this project is therefore a natural follow-up. Subatech has already amply demonstrated its capacity in many R&D projects, so this will enable us to leverage the experience gained in the areas where we are both involved. The geographical proximity of Subatech’s laboratories and TRISKEM’s premises will facilitate the implementation of the TESMARAC LabCom by enabling us to pool our technical facilities and to consolidate the already strong cooperation between our R&D teams. The project is a showcase example of how innovation can thrive in our part of north-west France. “

"The Subatech laboratory welcomes the launch of our first joint laboratory, the TESMARAC LabCom, with TRISKEM INTERNATIONAL, the Rennes-based hi-tech company, with the support of the French National Research Agency. TESMERAC will allow us to transfer the results of the research we have undertaken at SubaTech over a period of many years, in particular in the radiochemistry team, which has focused part of its research effort on the management and recycling of nuclear waste and radionuclides in the environment. I would like to stress the relevance and forward-looking ideas of the project that the Subatech and TRISKEM teams have designed, under the direction of Gilles MONTAVON and Steffen HAPPEL. I’m convinced that TESMARAC is headed for success and a great future in the years to come.”

TKI Workshop at the 65th RRMC